All Your Studio Recording Needs, near Downtown SLC!

Conveniently located within easy commute of the airport, and nestled right in the middle of Salt Lake’s three major arteries (I-15, I-80, I-215), Ignite Studios offers a 1900 square foot soundstage, green and white cyc walls, audio recording studios, and more.

Join studio owner Krista Kacey as she walks you through all the amenities and features that our studio space offers! 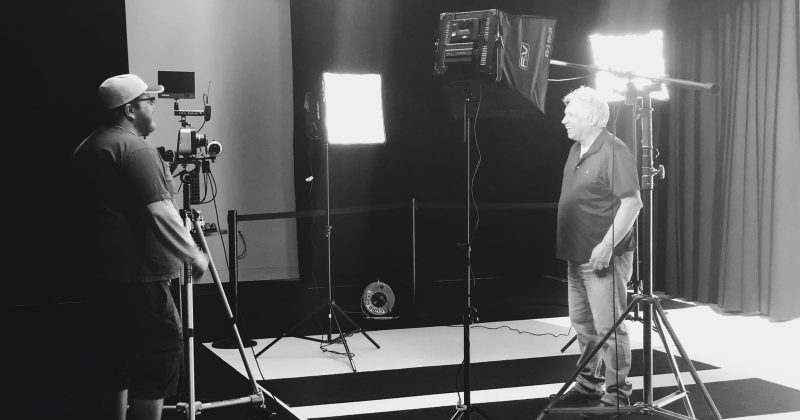 Assisted by a nearly half-million-dollar renovation, our film and audio production is aided by floor-to-ceiling soundproofing panels, with accommodations made to include both A/C and set lights!

Each room is soundproof, including our editing bays. Whether you’re recording a hip hop song or a video for your YouTube channel, your audio quality will be first-class.

The crown jewel of our studio is a 1900 sq. ft. sound stage, with ceilings topped out at 13 feet high and cyc walls of full white and green, with scoops. Additionally, we have a 12’x50’ staging and green room area. Our control rooms come equipped with a digitally converted sound panel and electric grid and are separate from our audio recording studio.

Each room in our admittedly awesome building has an integrated network, which makes collaboration and creation easier than ever. And did we mention that we can accommodate a full orchestra?

Now that you have an idea of our set-up, what do you want to create? Are we filming a commercial? Recording an album? Shooting your next music video or work tutorial?

Whatever your imagination can conjure, we can make it happen. If you need a sound engineer to help with mixing audio, we’ve got you covered. Ditto with video engineers, camera crew, or whatever other specialists you need. If you want to handle all the production and editing yourself, go for it. Regardless, our space is your canvas.

To the unsuspecting passersby, Ignite Studios is just another building around the corner from the haunted house (oh yeah, our neighbors are a haunted house). But to the movers and shakers in the media production industry, we are Utah’s best-kept secret; like dinosaur bones in the backyard. We’ve got your back!

Our film studios feature state-of-the-art lighting and sound system, cameras, mics, and whatever you might need for your filming project! 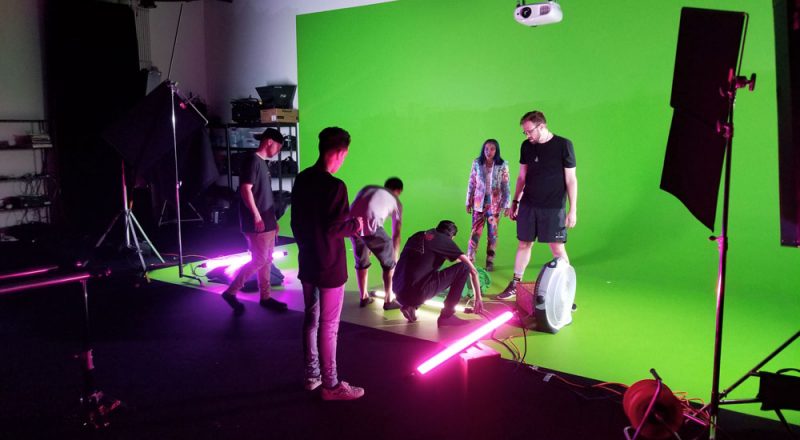 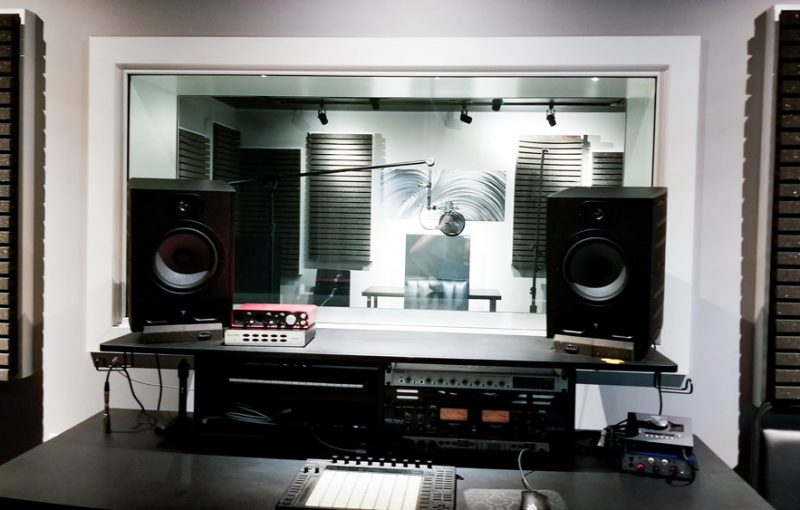 Rent our studios for recording, band rehearsals, or even jam sessions!

Whether you’re doing an audio-only podcast or a video podcast, you’ll find everything you need in our podcasting studio.

From our soundproof walls to our state-of-the art equipment to our helpful editors, you won’t get better value anywhere. 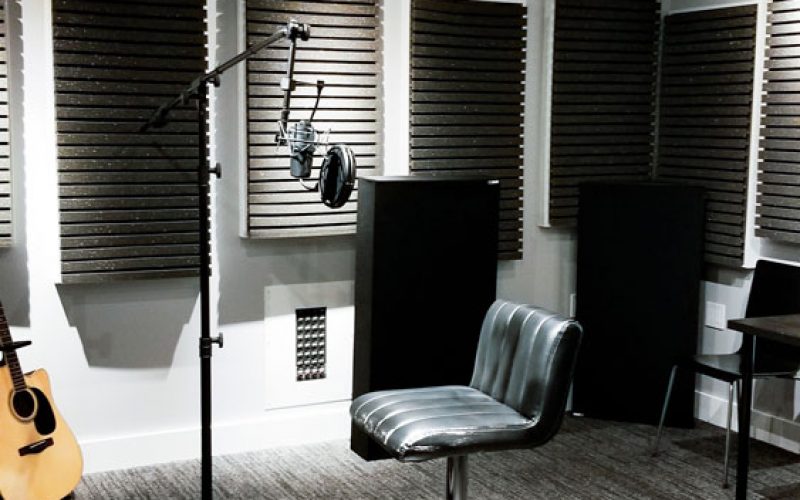 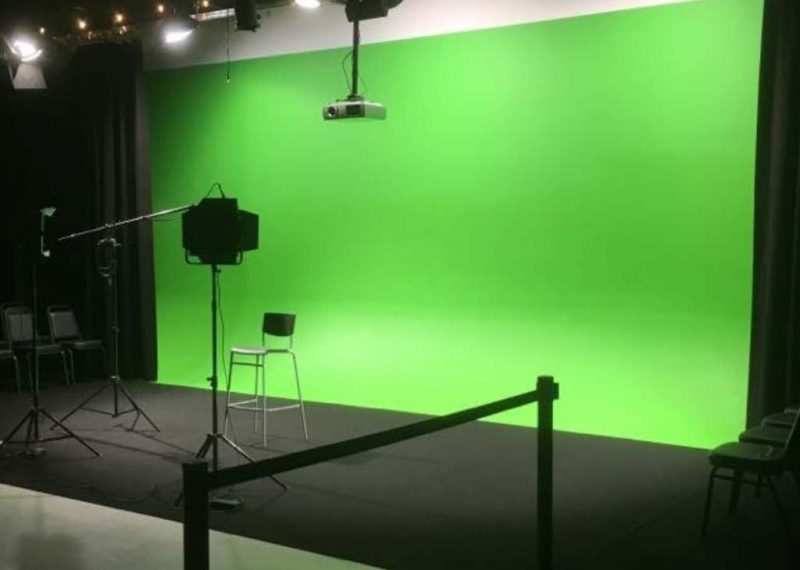 Ignite Studios offers a state-of-the-art video production facility for rent. All kinds of audio-visual projects can be done in our studios, from music videos to commercials and TV shows.

Editing is on offer. You can opt to use our editing software, or to hire our in-house editor to handle the post-production work for you.

ABOUT OUR VIDEO STUDIO

Record audio for your audiobook or podcast, create music or voiceover, or dub your TV shows or movies. It’s all possible in our professional audio recording studio.

Ignite Studios is a favorite of film composers, musicians, podcasters, voiceover and dubbing actors, and audiobook producers. Come on over and learn why we’re the preferred audio recording studio in Salt Lake City, Utah.

ABOUT OUR AUDIO STUDIO 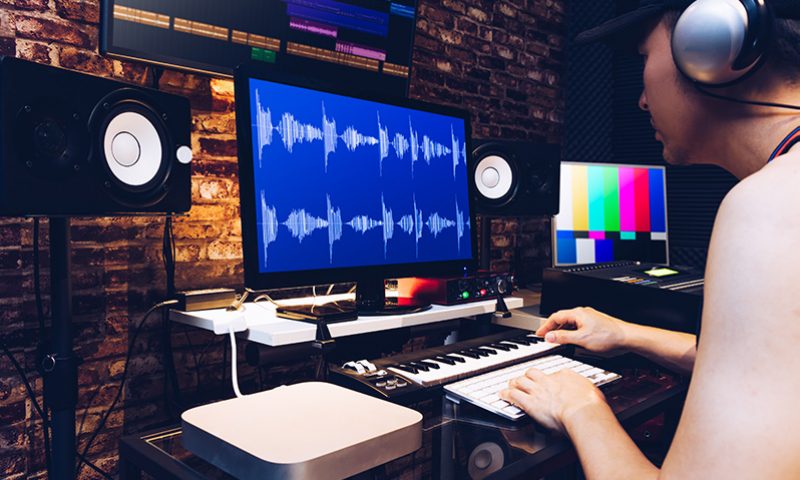 What are People Saying About Us?

This place is phenomenal!!! The sound is absolutely incredible. It’s utterly silent! Perfect for recording anything! Videos, podcasts, anything! Full suite studio! This place is beautiful! Come check it out, you won’t be disappointed!

I can’t believe this hidden gem! I have been to this studio for marketing workshops as well as a wedding. Talk about high tech, this studio is impressively designed to satisfy just about any project. Krista is absolutely amazing as well!

Ignite Studios is one of the best recording studios I’ve been to in the US. The location is extremely accessible. The quality of the equipment and rooms is top notch.

This is an amazing studio! It’s like walking into another demension and has state of the art production equipment. Super clean and a relaxing environment. Everyone should come here for any production needs!! The owner is amazing and is so easy to work with!

This is an amazing studio. They do it all here! Coming from an experienced person in the industry. This is the place to be in SLC. VERY professional and the talent in here is amazing. Tobi and Joe know there way around the sound waves. ??

What are the advantages of recording or filming in studio?

You can get a level of quality from filming or recording in a studio that would be impossible to replicate elsewhere. Here are some of the reasons that a professional recording studio produces better quality digital media:

Is it effective to rent a recording or filming studio?

Yes, renting a soundstage or recording room can be very affordable, and the level of quality you get is more than worthwhile! If the benefits listed above aren’t enough to convince you of the value of recording and filming in a studio, we don’t know what would. If you want to know more how you can take advantage of our studios, give us a call for a free consultation at (801) 999-8249.

How much does it cost to record in studio?

Each recording studio has its own pricing. At Ignite Studios, our hourly rates differ per studio type. If you plan to rent an audio studio with engineer, the rate starts at $100 per hour. An audio studio rental without engineer for half day (4 hours) costs $250, and whole day (8 hours) costs $400. For our soundstage, the rental cost for a half day is at $500, and whole day is at $800.

Why does studio time cost so much?

The cost of studio rental is due to the fact that you’ll be renting a well-maintained high-end equipment and facility. Plus, if you opt to include a professional audio or video engineer in your rental package, you’re paying for their expertise. Recording studios like Ignite Studios provide the best recording experience possible, from equipment to personnel, so you’re actually getting a very good deal.

What can you do in a recording studio?

A recording studio is usually divided into two parts: the actual studio, where the production takes place and where equipment such as microphones, instruments, cameras, and other items are stored; and the control room, where engineers, producers, and other production staff usually standby and manage the audio and light consoles, camera angles, and other aspects of the production.

At Ignite Studios, you can shoot a film, record a podcast, film a YouTube video, create a music album, or whatever your creativity tells you to do!

Can I bring my own equipment when I film in a studio?

How many people are allowed inside a studio?

There are no restrictions on the number of persons who can work in a studio. You can go by pair, or with a full production crew, including a director, writer, production designer, make-up artists, stylists, assistants, and more.

Are there people who can assist us when recording in studio?

At Ignite Studios, our audio engineers, videography specialists, music producers, and editors are available for an additional fee to help you!

We definitely recommend taking advantage of their expertise if you aren’t completely familiar with your chosen digital medium!

Whether you’re recording a music video, a hip hop album, or a podcast, your final product will be so much better with a recording studios professional assisting you!

Can you smoke in a recording studio?

No, smoking is not permitted in a recording studio. We at Ignite Studios restrict our clients to smoke outside our facilities. Aside from the detrimental impacts on one’s health, smoking also harms studio equipment due to the toxic substances of the cigarette.

Do studios have editing equipment?

Some studios just provide rental services for the production, while others also provide post-production services. At Ignite Studio, we offer post-production services. We believe editing is as important as pre-production and principal photography. As a result, we offer the state-of-the-art editing equipment available for you to rent in order to edit your final product. You can also engage our editor to assist you in getting the best result possible.

What is the difference between a studio and a sound stage?

A soundstage (or sound stage) is a larger studio that is mostly used for visual production such as TV shows and films. A studio—whether a TV or audio recording studio and commonly referred to as a sound studio—is smaller than a soundstage, but both “studios” are soundproof and use nearly identical equipment.

What is studio filming?

Studio filming or studio production refers to any audiovisual media (including films, TV programs, digital content) shot and produced in a studio or soundstage. Unlike in open field, producers or advertisers prefer to tape in a studio to control aspects such as noise and lighting.

Is it cheaper to film in a studio or on location?

If you’re on a tight budget, we recommend shooting on location. However, if you have the funds but lack the necessary equipment, such as cameras, lapels, microphones, and lights, it is preferable to rent a filming studio.

Should I record at home or in a studio?

Whether you should record at home or in a studio depends on whether you are recording for personal or business purposes. While technology has made it possible to record at home, renting a studio to record or film is a preferable alternative because it is soundproof and includes all of the required equipment (such as lights and microphones) to make your audio and video materials look professional.

Are you close to the Salt Lake City airport?

If you’re looking for a recording studio near the Salt Lake City International Airport, Ignite Studios fits the bill.

We are a quick 11-minute drive from the airport, just off of the I-15 freeway near downtown Salt Lake City.